Spring set to be coldest in 50 years, says Met Office 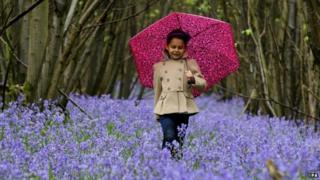 This spring is on track to be the coldest we've had in 50 years, according to weather forecasters.

The UK's average temperature for spring is currently 6C - based on Met Office figures from 1 March to 28 May.

The month of May has been colder and wetter than usual, with snow flurries in some parts of the country!

If the weather stays the same in the final days of May, it will be the coldest spring since 1962 and the fifth coldest since records began in 1910.

The colder than usual spring conditions have been caused by regular easterly and northerly winds.

They've been bringing cold air to the UK from the polar and northern European regions.