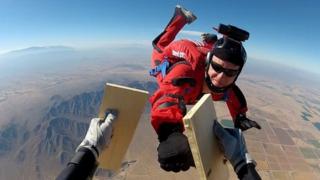 Skydiving and karate-chopping aren't often combined - but this world record attempt has to be seen to be believed!

Well that's what Ernie Torres from America has just done.

He attempted to break the record for the most number of pine boards broken in freefall and hopes chopping through 12 will earn him the title.

Ernie had a 70 second window to show off his karate moves, with fellow sky divers holding the boards.

It wasn't just for fun, he did the skydive to raise money for wounded servicemen in America.

Ernie's now waiting for official confirmation of the achievement from Guinness World Records, hoping to beat the current record of 7 pine boards. 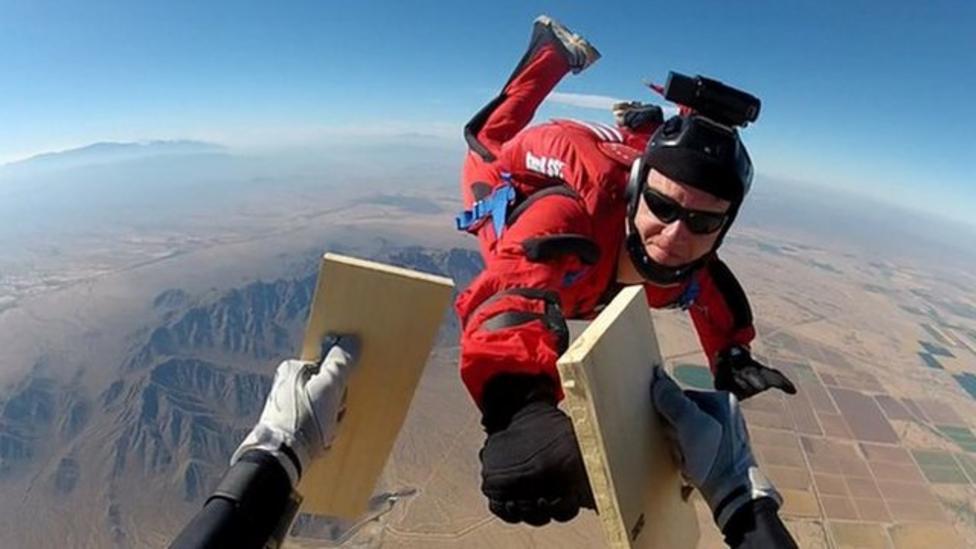