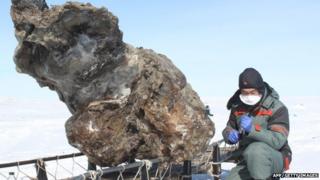 The remains of a woolly mammoth have been discovered on a remote island in the Arctic Ocean - amazingly, still with liquid blood!

The mammoth's lower body had been really well preserved as it was in a pool of water that froze.

The discovery of blood is good news for plans to bring a woolly mammoth back to life through cloning. 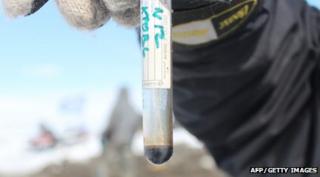 Blood from the female mammoth remains

"This is the most astonishing case in my entire life," said expedition leader Semyon Grigoryev.

"How was it possible for it to remain in liquid form? And the muscle tissue is also red, the colour of fresh meat."