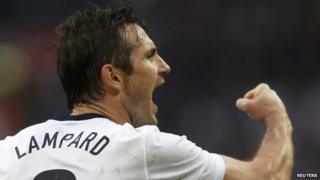 There's disappointment for England's footie team, after being held to a 1-1 draw in their friendly against the Republic of Ireland.

Ireland took the lead at Wembley Stadium early on when Shane Long powered in a header in the 13th minute.

But England couldn't find a way through to win the game, meaning they haven't beaten the Republic of Ireland since 1985.

Daniel Sturridge was taken off on a stretcher in the first half with an ankle injury.

He'll miss England's next friendly against Brazil in Rio de Janeiro on Sunday.