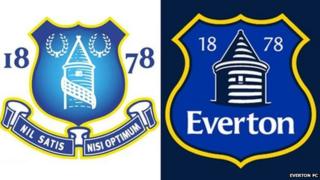 Everton football club have said sorry to their fans after thousands were unhappy with changes to the club's badge.

More than 22,000 fans have signed a petition to protest against the changes, which included removing the club's Latin motto.

Though Everton Fans' Forum - a group of representative fans - were consulted before the changes were made, Everton FC apologised for not talking to all fans.

They said: "We regret we didn't ask every Evertonian about something that matters so much to every one of you."

Everton's badge has been changed in the past and this is the 10th version in the club's history.