What are your best and worst habits? 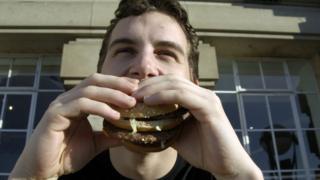 A new study suggests that people are more likely to stick to their habits, rather than developing new ones, when they're feeling stressed or under pressure.

The University of South California studied 65 students for 10 weeks over exam period.

They found when students were stressed and hadn't slept much, they were more likely to stick to their good or bad habits, such as what they eat, watch on TV and how regularly they exercise.

The findings which were published in the Journal of Personality and Social Psychology, also found that some people developed bad habits for a short period of time whilst they were feeling under pressure.

We asked if you have any bad or good habits? Here's just a selection of your comments.

"My bad habit is going on the laptop and playing moshi monsters."

"My bad habit is listening to too much Little Mix and One Direction."

"I have a really bad habit of sucking my sleeves."

"I have the worst habit ever of sucking my thumb. Sadly I'm meant to be getting braces."

"I have three bad habits. I pick the skin around my nails, I watch programs about 50 times so I can analyse them and I count everything in 3's."

"My worst habit is saying "like" and "sorry". It annoys me!"

"My worst habit is borrowing my brothers money and not giving it back. My Good habit is being polite."

"My worst habit is laughing uncontrollably and even the slightest thing makes me giggle. When it's something really funny I end up on the floor!"

"I have two bad habits, the first one is eating too much, I always feel hungry and I am always buying food from the shops which is not needed. My second bad habit is to fall asleep on short car journeys, I can fall asleep in a five minute journey."

"My worst habit is picking scabs! When I'm outside I sometimes get cut on things and then when I sit down with my mum and I pick it she gets really annoyed because if I keep picking it will turn into a huge scar."

"Mine is rubbing my nose. Weird but true!"

"My best habit is making people laugh and seeing them smile. On the other hand my worst habit is jumping around when I see a new episode of CBBC."

"My habit is just to annoy my brother when he is in the middle of a game of FIFA because he always has a go at me by shouting."

"My bad habit is that I trick my mum."

"I always move my feet even when I am sitting or lying down!"

"My bad habit is eating sweets and chocolate before dinner which would fill me up and I won't be able to eat my dinner. My Mum always tells me to stop, but you can't get rid of a habit that easily."

"My best habit is playing sports. My worst is accidentally getting balls over the fence."

"My best habit is I care too much for other people. My worst habits are being impatient, being bossy to my brothers and I am very gullible."

"I have a bad habit of singing in maths."

"My habit is humming! I can't stop it but my Dad also does it so I am not alone!"

"My good habit is participating in things but my bad habits are talking too much at the wrong time and saying the word "basically" a lot!"

"My worst habit is biting my nails and then flicking them into my sisters hair!"

"I have a habit of always playing with my hair and even though I try to stop I always do it!"

"I have a bad habit of drinking Pepsi, from a can, every single night. I usually have about six can of Pepsi a night!"

"My habit is being funny when I get bored, it's weird."

"My habit is that when I want something like sweets, although my mum has said no, I keep asking until she gets so fed up she gives me the sweets!"

"My nose whistles when I get the need to go to the toilet, it's so embarrassing."

"My bad habit is when I'm in school I chew the lid of my pen. My good habit is I always feed my dog Milly-Moo."

"I have the bad habit of snorting when I laugh!"

"I don't think I have any good habits but my worst habit is clicking my fingers. My friends are always saying it's horrible."

"I have a bad habit which is eating pizza."

"My most annoying habit is tapping my finger all the time. I really want to get rid of it!"

"When I get stressed, for example, just before exams, my bad habit is eating a lot of chocolate and I want to stop because it's not a very healthy addiction but I cant!"

"My habit is to always have a cuddle before I go to sleep."

"I always bite my nails so they are very short and then I let them grow so I can bite them again."

"My good habit is being shy in front of new people but my worst habit is jumping around the house."

"My habit is eating chocolate! There is never a day when I don't eat chocolate."

"Mine is biting my nails. My Mom says that it's a disgusting habit, but I can't help not to do it!"

"My worst habit is eating too much chocolate but my good habit is that I am very fit because I jump around a lot."

"I have a bad habit, when I'm sleeping I roll around and every morning I wake up on the floor."

"Worst habit EVER - biting my nails. I do it when I'm stressed! I have tried to stop and I can but then it comes back!"

"I have a habit of biting my nails and flicking them, rather than putting them in the bin."

"I have a habit of singing when I am annoyed!"

"I have this really bad habit of saying "sigh" before I sigh. I know, its weird."

"My worst habit is biting my nails when I'm not even scared."

"I have a bad habit of eating my brother's sweets when I have finished mine."

"I have a habit of cottage cheese - if I see it in store I have to have it!"

"My habit is I sit on a chair at school and I always take off my shoes and swing them about and accidentally kick other people in my class."