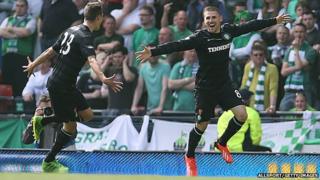 It was disappointment for Hibernian who were looking to win their first Scottish Cup in 111 years.

Speaking about his players after the game, Celtic manager Neil Lennon said "they should get the respect they deserve now because they've been fantastic."