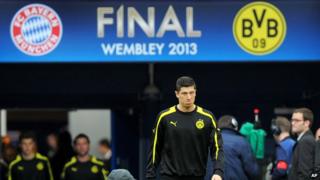 Robert Lewandowski will be one of Dortmund's big players.

It's the first time two German teams have appeared in a European final together.

Dortmund will be without star player Mario Gotze, while Munich will have a full strength team.