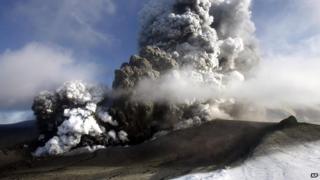 Scientists are setting up new and improved ways to monitor Iceland's volcanoes and give earlier warnings of eruptions.

It's in response to an eruption in the country in 2010 which caused lots of flights across Europe to be cancelled.

The ash clouds from the volcano were considered dangerous for aeroplanes, and it meant thousands of people were stranded in different countries all over the world.

Now scientists are using more sensors and monitors across Iceland's active areas and hope to get earlier warnings that a volcano may erupt.

Dr Matthew Roberts, who's involved in the project, says they plan to better use of the signs a volcano gives off before it erupts.

"Volcanoes actually scream 'I'm about to erupt'," he says.

"Before they erupt they show many measurable signs, and it's the challenge for today's volcanologists to actually gather all that information and make use of it."