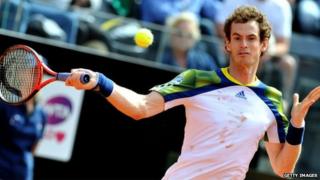 Andy Murray has pulled out of the French Open because of a back injury.

He said: "It's been a really tough decision, and I love playing in Paris, but after seeking medical advice I'm not fit to compete."

Britain's number two first injured his back in 2011, and since then he has had pain injections but the problem has returned.

He hopes to recover in time for Wimbledon, which starts in five weeks.