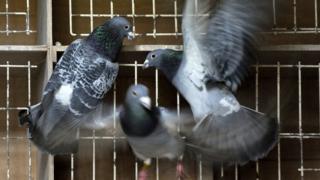 The pigeon is named after the Olympic gold-winning Jamaican sprinter Usain Bolt.

It is expected that the new owner will use Bolt for breeding more birds.

Bolt was bred by celebrated Belgian pigeon fancier Leo Heremans, who sold his entire collection at the same auction. 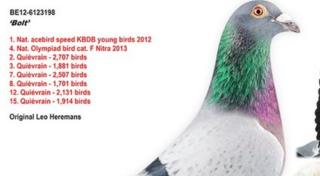 The buyers of nine of the ten most expensive pigeons sold at the auction were from China or Taiwan.