ITV announces Dancing On Ice will end in 2014 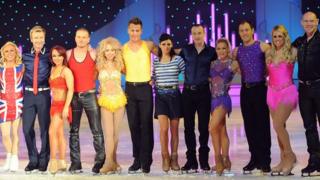 ITV has announced the next series of Dancing On Ice will be the last.

The celebrity skating show regularly attracts more than seven million viewers but ITV bosses have decided to end the show in 2014.

Ice skater Christopher Dean who appears on the show as a mentor told Daybreak: "We've had the most wonderful experience doing Dancing On Ice."

Gymnast and London 2012 Olympic Bronze medallist Beth Tweddle was the winner of the 2013 series.

Phillip Schofield who hosts the show tweeted: "Enjoy it while you can. Dancing on Ice 2014 will be the final series. And I can take up skiing again! ;)"