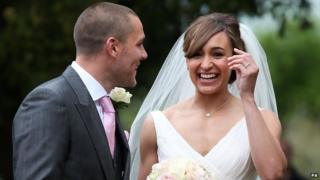 Olympic champion Jessica Ennis has got married to her long-term partner at a church in Derbyshire's Peak District.

The 27-year-old, who won heptathlon gold at London 2012, tied the knot with Andy Hill in the village of Hathersage.

Having returned to training following her triumph at London 2012, the Sheffield athlete chose to miss the 2013 indoor season to concentrate on this summer's World Championships.

Her outdoor season is due to start on 8 June at Edinburgh's Meadowbank Stadium. 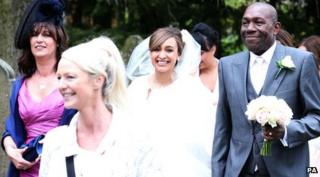 Jessica Ennis arrives with her parents, Alison and Vinny.

She will then join fellow British gold medallists Greg Rutherford and Mo Farah at the London 2012 Anniversary Games, held at the Olympic Stadium, from 26-28 July.

Ennis will compete in the 100m hurdles and long jump.