The UK's most streamed song of the year revealed 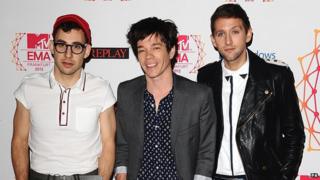 The Official Charts Company has revealed the most streamed song of the last twelve months was 'We Are Young' by Fun ft Janelle Monae.

But surprisingly there were no One Direction songs in the Top 20.

A total of 4.4 billion tracks were streamed in the last twelve months from sites including Spotify, We7, Zune, Napster and Deezer.

'Call Me Maybe' by Carly Rae Jepsen was the second most streamed song.

Other songs that made the Top 10 include: 'Gangnam Style' by Psy, 'We Are Never Ever Getting Back Together' by Taylor Swift and 'Diamonds' by Rihanna.

Kevin Brown, from music streaming site Spotify said "The huge number of streams that have been delivered in the first year of the Official Streaming Chart is proof positive of the huge and growing popularity of music streaming". 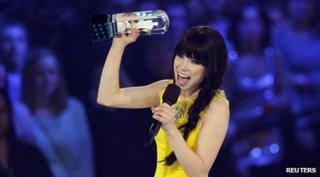 Carly Rae Jepson's huge hit 'Call Me Maybe' was second on the list.

The Official Streaming Chart is different to the UK Official Chart your hear on Radio 1, which is worked out using sales figures.