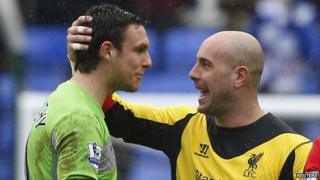 The uncapped shot-stopper will join the squad for the end-of-season friendlies against Republic of Ireland and Brazil.

McCarthy has been forced in to a save every 17 minutes on average in the Premier League this season; more often than any other goalkeeper.

England host the Irish at Wembley on 29 May before travelling to Rio to face Brazil on 2 June.

Hodgson insists former England Under-21 international McCarthy deserved his call-up after impressing in his 13 appearances for the Royals this season.

He said: "Having seen Alex McCarthy, and read reports, it will be a good chance to have a look at him. He deserves it because he has been playing well."

There are no real other big surprises in the squad.

Ashley Cole or Frank Lampard are expected to captain the side as regular skipper Steven Gerrard is injured.