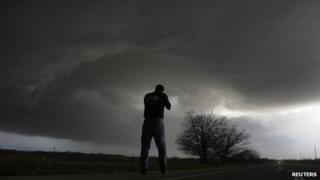 A huge tornado has ripped through a town in the US state of Texas.

Dozens of homes have been destroyed in the town of Granbury and officials say that six people have died.

The tornado was one of three to hit northern Texas on Wednesday night.

One resident describing the tornado's impact said: "The house started shaking. We were in a closet. You could hear it - it sounded like a train going off. It was scary."

"I saw the top of a house pulled off, with lots of debris all over the place," eyewitness Jeff Mangum said. "The whole sky was spinning in a thousand directions."

The same storm produced another tornado that tore through part of the town of Cleburne, about 25 miles south-east of Granbury, according to the National Weather Service.

However, dozens of homes have been destroyed or badly damaged, according to officials and residents.

A third tornado in neighbouring Parker County has also caused damage to buildings. 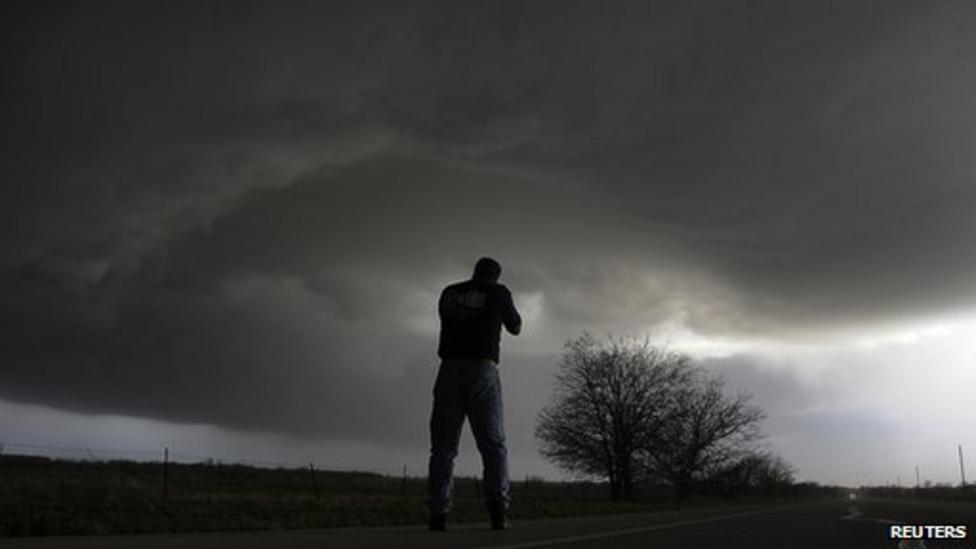