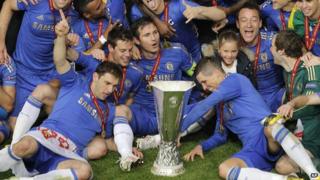 The goal sealed a 2-1 win against the Portuguese side, adding this trophy to the Champions League won last season.

Fernando Torres had put the Blues ahead, before Benfica striker Oscar Cardozo levelled from the penalty spot.

The game looked to be heading for extra time before Ivanovic rose highest to nod in the winner from a corner. 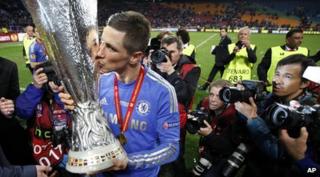 Torres opened the scoring with his sixth goal of the competition.

The former Liverpool boss has had a lot of criticism from Chelsea fans this year, but there were only cheers for the Spaniard last night.

He becomes only the fourth manager to win the Uefa Cup/Europa League more than once.

Frank Lampard added to the good news for Blues fans telling reporters after the match that the chances of him signing a new contract to stay with Chelsea next season are "looking good".