Beyonce cancels a gig in Belgium on her Mrs Carter tour 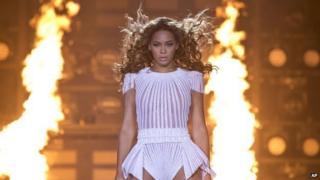 Beyonce has been forced to cancel a show in Belgium because she's extremely tired, according to the concert venue.

The star was due to perform in Antwerp as part of her Mrs Carter tour.

Organisers said the show would be rescheduled for a future date.

A statement on the venue's website read: "Beyonce has been advised by her doctors to rest as a result of dehydration and exhaustion."

Beyonce is due to take to the same stage on Wednesday but it's thought she's waiting on a decision from doctors before going ahead.

Recently rumours have circulated that the 31-year-old may be pregnant with her second child, but Beyonce has made no comment.

This world tour marks Beyonce's return to music after taking a year off for the birth of her first child, Blue Ivy.