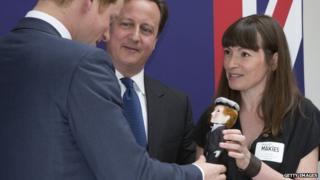 Prince Harry and Prime Minister David Cameron have been presented with lookalike dolls during a trip to New York.

They're both on tours of America at the moment, and were at an event in New York to promote British business.

Harry was apparently impressed to see that his army cap had been recreated, but the PM was said to be less keen on his lookalike's hairdo! 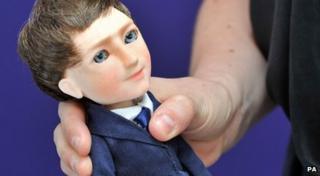 While dozens of kids cheered him on, the prince briefly took batting practice from New York Yankees player Mark Teixeira.

Harry also got some advice from the kids on hitting the ball.