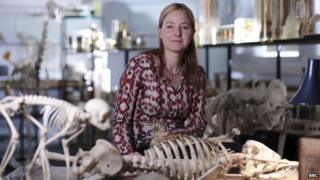 Scientists should think long and hard before trying to bring extinct animals back, according to anthropologist and TV presenter Dr Alice Roberts.

She told the Radio Times magazine: "We are, quite seriously, on the brink of being able to do this, so it's quite an important question for people to start grappling with."

"Japanese scientists have already extracted the bone marrow from woolly mammoth remains found in Siberia to look at the DNA with a view to resurrecting a mammoth," she added.

"It is within our grasp, which is such an extraordinary thing to think about." 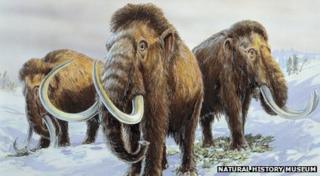 For centuries, people have been fascinated by the idea of bringing long dead animals back to life. It's led to books and films like Jurassic Park, where dinosaur DNA is cloned to resurrect the prehistoric creatures.

Dr Roberts said the technology being tested to try and create a woolly mammoth is similar to that used for cloning.

She added: "There's something really questionable about bringing back a single mammoth."

"Mammoths are herd animals and their environment no longer exists, so what are you bringing the animal back for? You're bringing it back to live in a zoo? I think the ethics are very questionable."

Dr Roberts, who is presenting a new BBC series called Ice Age Giants, said she felt scientists should be focusing their attention on saving animals that are around today but are under threat of extinction.

"It's really important that scientists don't shut themselves away in their labs to work on these things - there are big ethical issues involved and it's a conversation everyone should be having," she said.

You can check out Ice Age Giants on Sunday 19 May at 8pm, BBC Two.