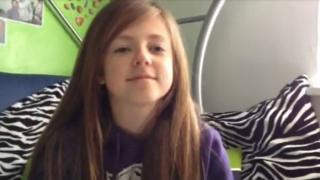 An 11-year-old from York has become the youngest person ever to be nominated for the radio equivalent of the Oscars.

Mary was up for a Sony award for the Best Sports Programme after she went behind the scenes at York City football club.

The 11-year-old followed her local team as they prepared for the FA Trophy final at Wembley last year.

The schoolgirl worked on her programme called Mary and the Minstermen during the Easter holidays.

With a bit of help from her mum and dad, she recorded it over two days and it was played out on BBC Radio York.

At the glitzy awards ceremony in London on Monday, she didn't win, but the judges were really kind about her programme.

They said: "A clever and engaging way of bringing a memorable season, and two trips to Wembley, to life for the listeners of York!

"And in Mary - the BBC might have found their next big presenter - Clare Balding watch out!"