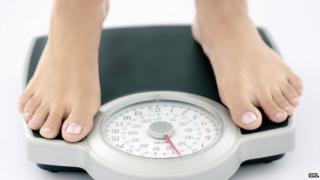 A new study suggests the issue of underweight school children is being missed due to an "obsession" with tackling obesity.

Researchers at Essex University looked at the height, weight and age of 10,000 children and found 6% were too thin.

Experts believe that weighting too little can be more damaging to health than weighing too much.

Dr Gavin Sandercock from the research team said that more attention should be given to helping underweight kids.

"The fact is the UK is obsessed with overweight and obesity - yet it is now accepted that underweight may pose a much greater risk to health," he said.

The researchers said some of the reasons for the number of underweight kids in the UK could be the fear of becoming too fat, rising food prices, poor diets and lack of muscle due to not enough exercise.

Being underweight can lead to a lack of energy in kids and can weaken their immune system, meaning they are more susceptible to illnesses.

Dr Sandercock called for better training for doctors to spot the problem and new ways of helping parents too.