Daleks on Bafta red carpet for Dr Who 50th celebrations 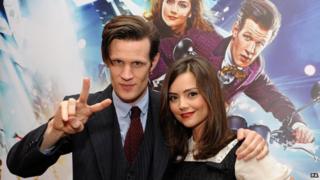 Stars on the red carpet at the Baftas might be a bit surprised to see The Doctor's sworn enemies, the Daleks.

The scary aliens will not exterminate anyone though. They'll be there to mark 50 years of the sci-fi series being on our TV screens.

There will be a special recording from the stars of the programme shown during the ceremony.

The Baftas celebrate the best British film and television each year. The 2013 awards ceremony takes place on 12 May.