Search for a female mate to stop fish going extinct 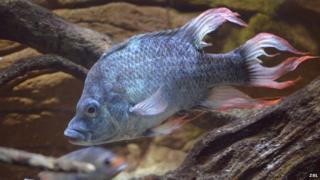 London Zoo is appealing to fish keepers to try to find a mate for a critically endangered, tropical species.

The Mangarahara cichlid is extinct in the wild but the three in captivity are all male.

Described as "gorgeously ugly", the Zoo is hoping to start a conservation programme if a fit female can be found for the captive males.

And with two of the males now 12 years old, the quest is said to be extremely urgent. 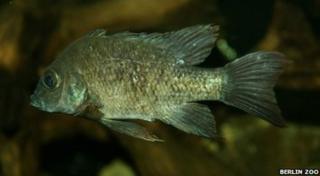 These cichlids were named after the Mangarahara river in Madagascar where they were first found.

The construction of dams on the river caused the streams they lived in to dry up and the fish is now believed to be extinct in its natural habitat.

Although they are thought to be extinct in the wild the zoo is hoping someone might have one in a private aquarium which could be introduced to the males in the hope that they breed.

"I'm not very hopeful. This freshwater fish crisis is huge worldwide, and as water becomes diverted for human use it becomes scarcer and fish generally lose out."

"I think there's probably a very slim to no chance of this fish surviving."