Google Glass 'not suitable' for children under 13 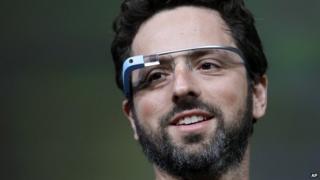 Google's website says: "Don't let children under 13 use Glass as it could harm developing vision."

The smart specs use voice control and let the wearer do things like take photos, make video calls and even look at websites.

They're currently being tested by a group of 1,000 people and are expected to go on sale next year.

Google's website also says: "Glass isn't for everyone. Like when wearing glasses, some people may feel eye strain or get a headache.

Newsround asked Google if they could tell us more about how Glass could affect kids' eyesight - but they replied saying: "We do not have anything to add to the information we have already made available on our FAQ page."

We asked expert eye surgeon Professor Bernard Chang, Consultant Eye Surgeon in Leeds and Honorary Secretary of the Royal College of Ophthalmologists, about this.

He told Newsround: "By the age of seven to eight years, a child's eyesight will have fully matured. So at this age there really is very little difference between a child's eye and an adult's eye."

On Google's under 13 restriction, Prof Chang said: "This is probably because Google has not done research into the effects of this device in children of this age group and are worried it may harm visual development.

"However, since at age seven or eight vision will have already fully developed, this is unlikely."