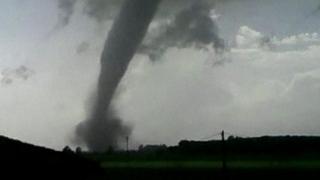 A massive tornado has hit northern Italy, injuring twelve people and causing millions of dollars worth of damage.

The twister wreaked havoc as it made its way through towns and villages in its path - damaging buildings, overturning vehicles and destroying crops.

Amateur video filmed at Bentivoglio, near the city of Bologna, shows the tornado cone directly over the village, whipping debris into the air.

The regional authorities have asked the Italian government to declare a state of emergency. 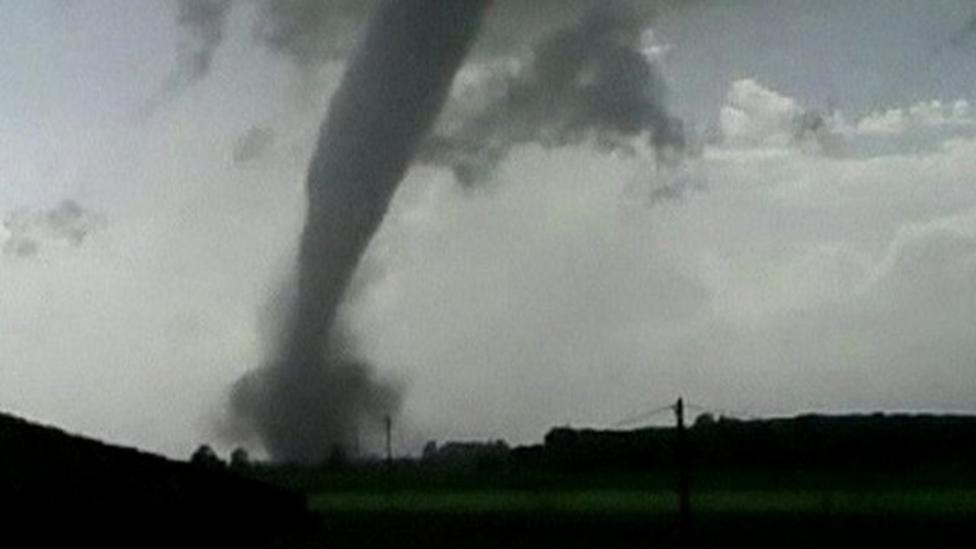