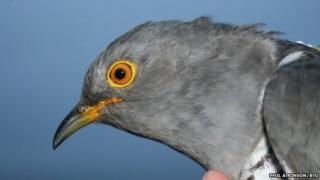 A chilly cuckoo from Wales, who has just got back from migration in Africa, was so cold on return that he's taken a holiday to France to avoid the bad British weather.

The bird, called David, returned to the UK from the Democratic Republic of the Congo last Friday but turned back on reaching Somerset.

Five Welsh cuckoos were fitted with satellite tags in May 2012 to monitor their migration paths, because it's thought the population is declining.

The project has been running for two years in England and Scotland, starting in Wales last year. The £2,500 trackers transmit for 10 hours, then have a 48 hour break to recharge.

"We have always wondered, if it is too cold or wet when they arrive, do birds lay low until it warms up, or do some birds head back across the channel and wait there? Now we know that some do return to Europe," said expert Dr Hewson.

This is the first time that 'reverse migration' has ever been officially tracked. 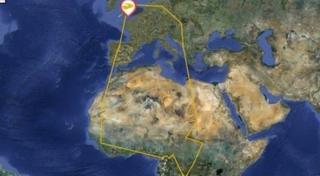