Are glow-in-the-dark roads the future of driving? 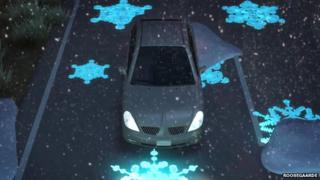 An inventor, famous for his wacky creations, has unveiled his latest project - roads that glow in the dark. 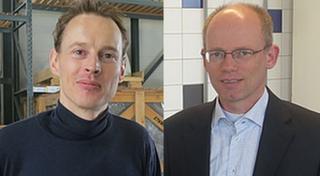 Artist Daan Roosegaarde, has teamed up with Hans Goris, a manager at a Dutch civil engineering firm with hopes of reinventing highways all over the world.

They are working on designs that will change with the weather - telling drivers if it's icy or wet by using high-tech paint that lights up in different temperatures. 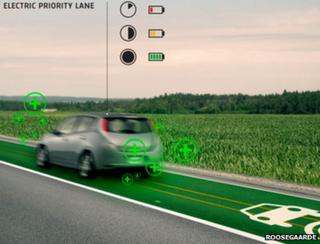 An artists impression of the roads that charge electric cars

Another of their ideas is to create a road that charges up electric cars as they drive along it.

Daan Roosegarde said: "I was completely amazed that we somehow spend billions on the design of cars but somehow the roads... are still stuck in the Middle Ages."

In the past he has designed a dance floor with built-in disco lights powered by dancers' foot movements.

They plan to trial their specially designed glow-in-the-dark paint on a strip of road at Brabant, which is near the Dutch border with Belgium, later this year.