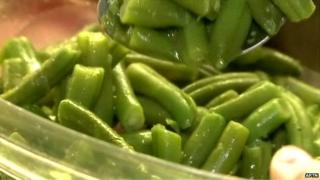 A woman from Indiana in America had a nasty surprise when she was making her tea.

She was heating up some green beans from a tin when she realised there was a dead toad inside.

Gloria Chubb didn't notice the toad until her son put it on his plate at the dinner table and asked her what it was.

The poor lady felt sick for two days afterwards and says she will not be eating green beans anytime soon.

The food manufacturer, Meijer, gave her money back because of the mistake. 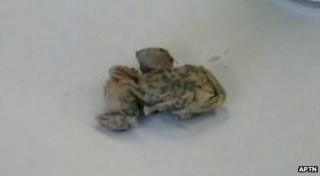 This was the toad found in the can of beans.

Gloria said it took a while to find out exactly what it had been, she said:

"I thought it was a piece of mouldy bacon."