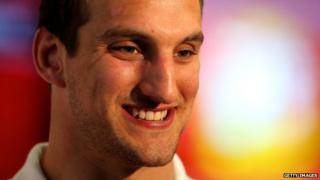 The 2013 British and Irish Lions head coach has named Sam Warburton as captain to tour Australia this summer.

Warburton is 24-years-old, he plays for the Cardiff Blues and the national Welsh team.

The rest of the squad were also picked and includes 15 Welshmen, 10 players from England, nine from Ireland and three Scots.

The Lions tour only once every four years and is one of the highlights of the sporting summer.

The tour starts in June in Hong Kong before the team head to Australia to face the Wallabies.

Warburton said he had known he would be captain for more than a week but was not allowed to tell anyone he had been chosen until it was announced. He said:

"It's been the hardest secret I've ever had to keep, but I kept it in."

"It's unbelievable, it's an accolade which very few people can achieve. To be able to do this is an honour."