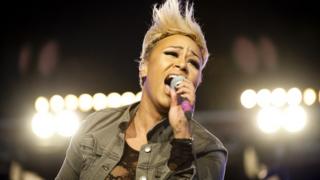 Emeli Sandé has made chart history by setting a new record with her debut album 'Our Version of Events'.

It was released way back in February 2012 but is still in the UK's Official Albums Chart Top 10 - 63 weeks later!

It means 'Our Version of Events' is the debut album that's spent the most weeks in a row inside the top 10 ever.

The 26 year old singer has overtaken British music icons The Beatles who previously held the record for almost 50 years with 'Please Please Me'.

'Our Version Of Events' has sold 1.82 million copies in the UK and was Number 1 on the Official Albums Chart for 10 weeks.

The double Brit winner's number one hit 'Next To Me' was also the third most played pop song of 2012.