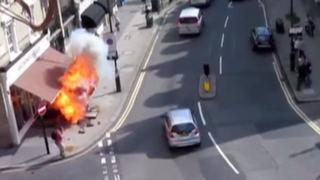 An investigation is underway in London after a fireball burst out of a pavement.

Luckily, no-one was hurt in the blast, which left a crater in the middle of a street in Pimlico on Thursday.

Experts think it may have been caused by a faulty underground power cable.

Charlie Brook, who filmed the explosion from her window, described hearing three big bangs, the most dramatic being the second blast which saw flames shoot into the air. 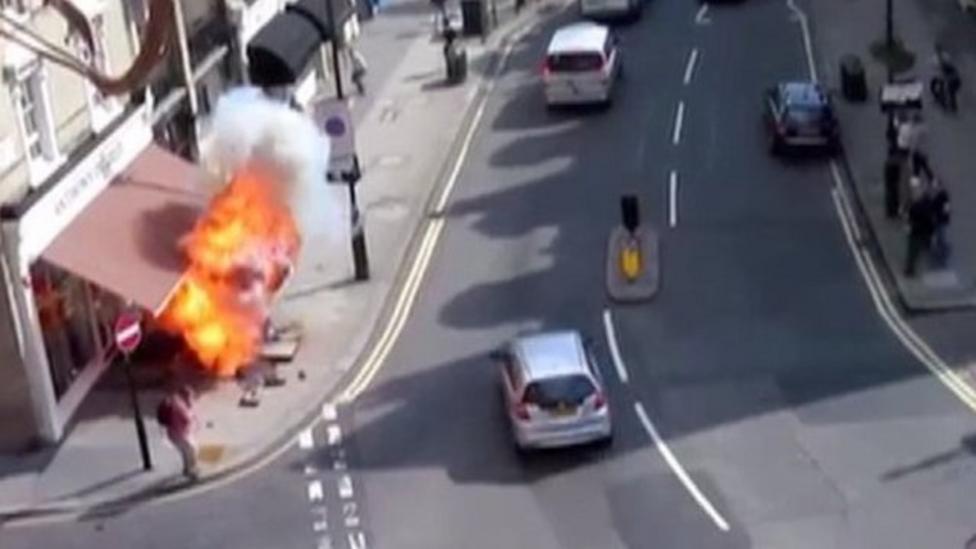