Should cycling lessons be compulsory at school? 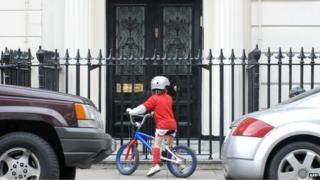 All kids should be given the chance to learn how to cycle at school.

That's according to the All Party Parliamentary Cycling Group, a group of MPs, who want the government to spend more money on cycling.

They've published a list of things they want the government to do to help increase the number of cyclists in the UK.

At the same time, a number of organisations to do with transport have written a letter to a national newspaper, calling on the government to make cycling lessons compulsory for all kids in England.

"Like swimming, being able to ride a bike confidently on road, with minimum risk, is an essential life skill for an active and healthy lifestyle," the letter says.

"Most children have a bike and want to cycle to school, but only two per cent actually do so.

"In my school, when we're in year 6 we have a little lesson on how to ride our bike. I think it's a great idea because of our safety."

"I think we should do cycling for PE because it is a refreshing sport and me and many of my friends love it!"

"I think that it is a good idea because riding is fun and it will help your health so your fitness will be increased. If everyone rode a bike then global warming would not be as bad."

"At my school we have bike lessons on Friday and I think other people should have the chance to as well."

We think that it is a great idea. We would like it to happen in Wales too. We have a Bike It Crew who help us with our bikes and took part in the Big Pedal to encourage us to ride to school by bike or by scooter. We had a lot of fun!

Year 4R Class at a School in Neath, Wales

Personally I think that Cycling lessons should be compulsory because when I was in year 5, my school told us all to bring our bikes for the next day and they thought us how to ride on the road and safely. Now I cycle to town and to school.

I think it's a good idea to teach children how to ride a bike BUT... they should only teach children if they want to be taught! There's no use forcing them to learn, then the won't learn to enjoy cycling.

I definitely agree with this idea. It would teach everyone to stay safe. Yes, cycling lessons should be Compulsory!

I don't think cycling should be compulsory because it is something you can do in your own time. The sport that needs to be compulsory is swimming because anything can happen and its more exciting to watch and take part.

I think that's a good idea because I cycle to school and it gets you more fresh air than a car.