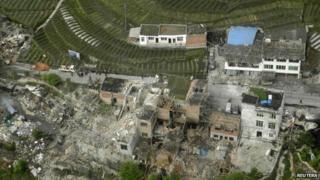 A powerful earthquake in south-west China has killed more than 200 people and injured around 11,500.

Many buildings have been destroyed. Power and water supplies and telephone lines have been cut. 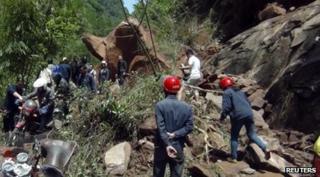 Thousands of soldiers have been sent to help rescue anyone who might be trapped.

But aftershocks and landslides are making it hard to reach some parts.

One injured man told Chinese TV: "We still live in our old house, the new one is not ready yet. Our house just collapsed. Everything collapsed."

Sichuan was devastated by an earthquake in 2008. Tens of thousands of people died and 5 million were left homeless.