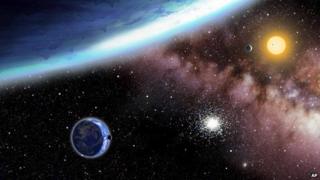 Astronomers say they've discovered the two most Earth-like planets ever - which could support life.

The planets, named Kepler-62f and Kepler-62e, have been detected by Nasa's Kepler space telescope.

The new worlds are slightly bigger than Earth and are, crucially, the right distance from their sun. That means it's not too hot or cold to have liquid water - needed for life to exist. 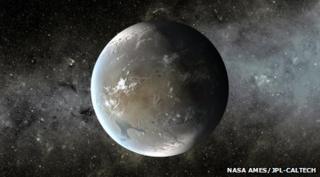 But it's hard to know for certain as the planets are 1,200 light years away!

"They are the best candidates found to date for habitable planets," said Nasa scientist Bill Borucki.