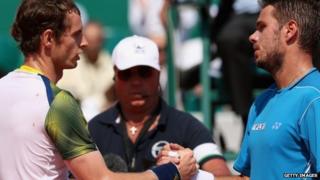 Andy Murray has suffered a heavy defeat at the Monte Carlo Masters tournament in France.

The defeat, in his second match on clay this year, is a blow to Murray's preparations for the French Open in May

"I've had tough losses on the clay before and I've come back well from them. Hopefully today will be the same,'' Murray said.

What would you ask the stars of Superhero Pets?

First satellite made in Wales to launch later this year