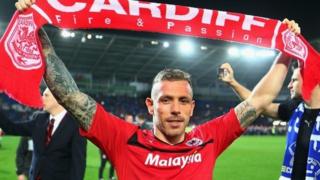 Cardiff City have made it into the Premier League after a goalless draw at home to Charlton Athletic.

Thousands of fans invaded the pitch at full-time as the home crowd celebrated a historic moment.

Next season will mark the first time Cardiff have played in the top division for 51 years.

They'll join arch-rivals Swansea, who were promoted to the top flight of English football in 2011.

"It's just been a tough season, this Championship's just so tough," the Cardiff-born player said.

"And to be on top, to be one of the two teams that get promoted, it's just such an achievement for us." 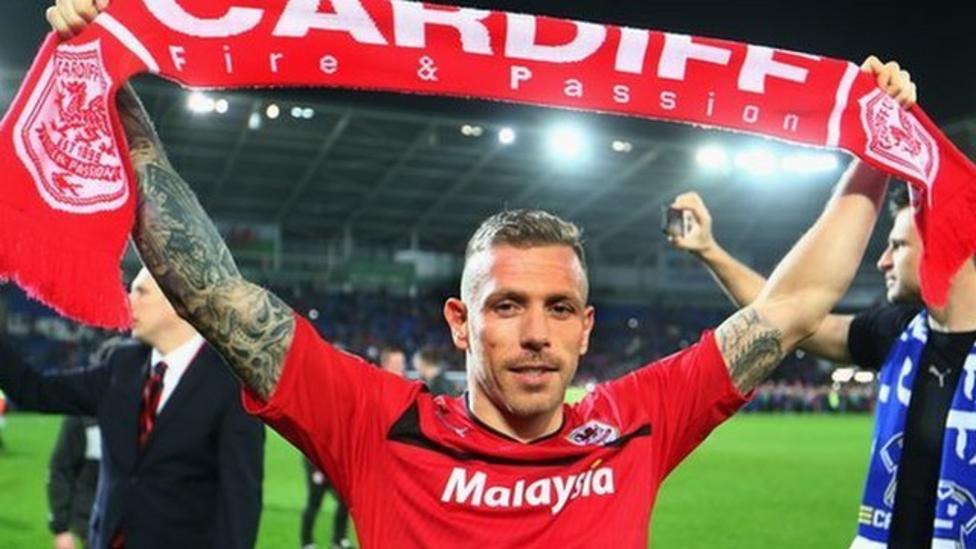