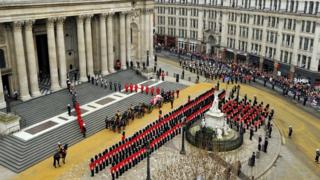 The Queen joined representatives from 170 countries, and thousands of ordinary people - in London to pay their respects to Baroness Thatcher.

A gun carriage drawn by six black horses carried Lady Thatcher's coffin through the streets to St Paul's Cathedral for the service.

A funeral service took place in front of over 2,000 people from 170 countries, including all surviving former British prime ministers. 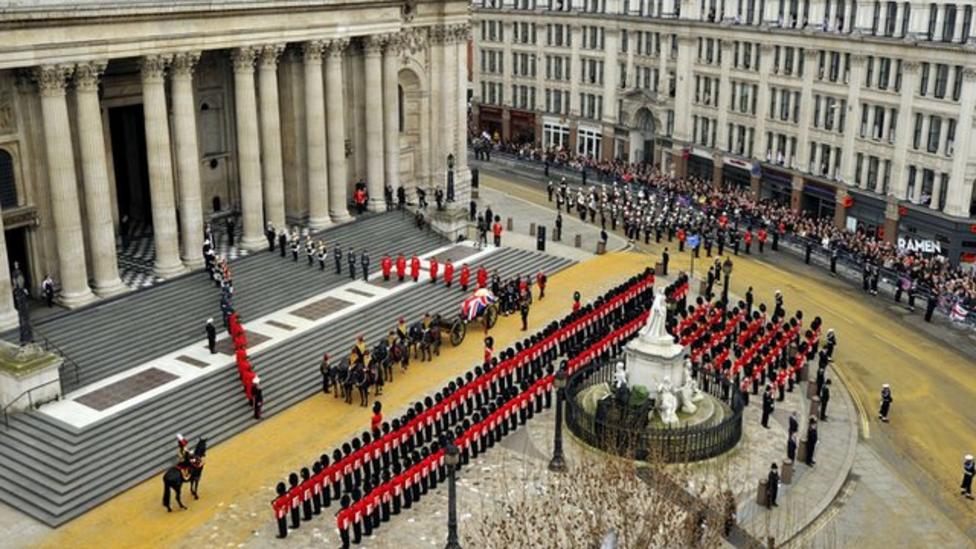