Chat: Have you been inspired by Sir Chris Hoy? 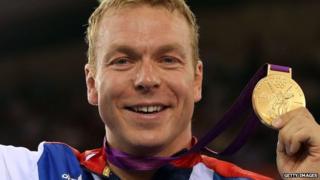 The UK's most successful Olympian, Sir Chris Hoy, has announced his retirement from cycling today.

He made the announcement at a news conference in his home city of Edinburgh.

Were you inspired by Sir Chris Hoy?

Did Sir Chris Hoy inspire you to start cycling? Have any other Olympic or Paralympic athletes inspired you to take up a sport or follow your dreams? Let us know!

"He has inspired me to cycle more as I now do more laps of my estate."