Usain Bolt to join Ennis and Farah for Anniversary Games 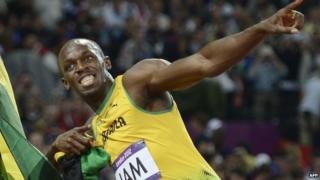 Usain Bolt has confirmed he will compete in the London 2012 Anniversary Games at the Olympic Stadium this July.

The event will take place on the one-year anniversary of the opening ceremony of London 2012.

Britain's Jessica Ennis announced recently that she will be taking part, along with fellow gold medal winners Mo Farah and Greg Rutherford.

The Anniversary Games will double as the 2013 London Grand Prix, and will be held on Friday 26 and Saturday 27 July.

On Sunday 28 there'll be a day of Paralympic events.

Bolt said he was looking forward to coming back to the UK:

"The crowd were amazing at the Games, and I hope they will be out again in their numbers at the end of July," the sprinter added.