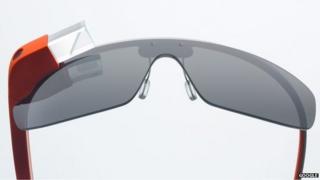 Google has revealed the technical features of Google Glass, its futuristic internet glasses.

The super-specs will let users take photos, make video calls and look at websites - and will feature some of the latest technology.

The specs don't have a speaker or headphones to play sounds - instead they use bone conduction audio.

The glasses pass vibrations directly to the tiny bones in our ears, so only the wearer can hear the glasses. 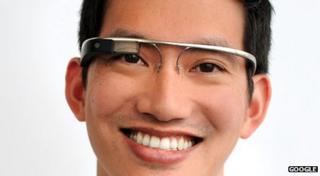 Even though the glasses have a very small screen, Google say wearing the specs feels like you're watching a 25-inch television.

Rather than you needing to look at a screen, the glasses project light directly into your eye to deliver a sharp, bright, and slightly see-through image.

The glasses are controlled with voice commands which start with "ok Glass".

Saying "ok Glass, take a picture" makes the glasses take a photo of what you're looking at - and the specs can transfer the photos to your smartphone over WiFi. It can film video too.

The camera's resolution is 5megapixels.

One of the biggest problems facing gadget-makers is getting enough battery power into a small device.

Google says the battery in its glasses will last just one day before it needs charging. But if you make video calls it will run out a lot quicker.