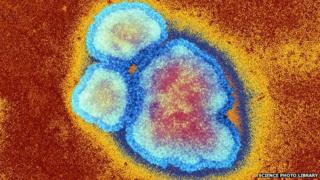 The number of cases of measles in an outbreak in South Wales has now reached 765.

Health officials in the Swansea area said that 72 people had been diagnosed with the illness since last Thursday.

Vaccination sessions will start in local schools on Wednesday to make sure children have had the MMR vaccine, which can protect people from measles.

Meanwhile, UK Health Secretary Jeremy Hunt has urged parents in England to have their children vaccinated with MMR. 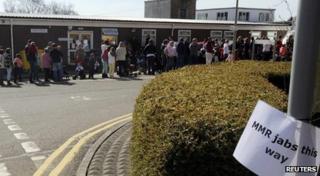 Why have so many kids not had the vaccine?

There are worries thousands of parents may not have had their children vaccinated because of "scare stories" about the MMR jab.

In 1998, Doctor Andrew Wakefield published claims that the vaccine was linked to a condition called autism in kids.

His research has since been shown to have major flaws and there is no proof that MMR is dangerous.

Mr Wakefield has been told he can't practice as a doctor any more.

It "led to thousands of parents choosing not to vaccinate their children against measles, mumps and rubella."

Measles is a viral illness which can make you feel really sick.

It causes a red-brown rash to appear on the skin and can make your tummy hurt and give you diarrhoea.

Symptoms usually last about two weeks, but in rare cases it can lead to further problems for kids who catch the disease.