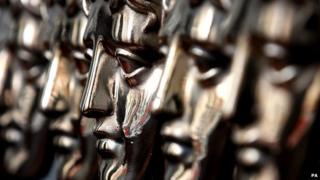 The nominations for this year's Bafta TV Awards have been announced.

I'm a Celebrity... is up against last year's winner The Young Apprentice for the Reality & Constructed Factual Bafta.

And coverage of the London 2012 Olympics and Paralympics dominates the Sport & Live Event category.

Coronation Street, EastEnders and Emmerdale are among the shows which will battle it out for the Soap & Continuing Drama Bafta.

The winners will be announced on Sunday 12 May.