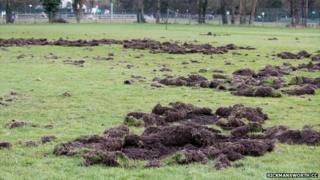 Badgers have stopped play at one of England's oldest cricket clubs after they tore huge chunks out of the pitch.

The damage has forced Rickmansworth Cricket Club, in Hertfordshire, to postpone all of its games in April and May.

Staff from the club are now trying to repair the ground.

It's thought the badgers were attracted to the club by bugs living on the damp pitch.

And it's not just badgers that are plaguing the club. Mr Blackwell said crows had added to the problem and their second pitch had also been affected by moles!