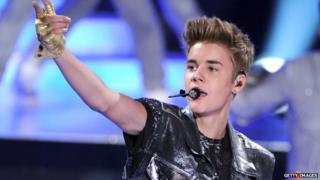 Five schools in Norway have changed the dates of their midterm exams to let pupils go to a Justin Bieber concert.

The Canadian pop star is scheduled to perform in Norway's capital Oslo on April 16 and 17.

There were fears that some pupils in remote parts of the country would skip their exams to be at the concerts.

Bieber is really popular in Norway. Last year, dozens of teenage girls were injured as they fought to get better glimpses of him during a free concert.

Students 'should be concentrating'

Norway's education minister, Kristin Halvorsen, said she would not interfere with the schools' decisions to change the exams.

"I am concerned that students should be concentrating when they take tests and midterms," she said.

"The local schools have the responsibility to schedule the local midterms, and if they think there is any reason to change the dates, they have authority to do so."

You've been telling us what you think about what's happened. Hundreds of you got in touch. Here's a selection of what you had to say:

"I think that it's ridiculous that they've postponed the exams just to make way for a Justin Bieber concert. If pupils would rather go to a concert than get good grades in an exam, which shapes the rest of their future, then that's their decision. Other students that are desperate to do well will be irritated by this, and it's unfair on them."

"I think the teachers did what was best. Exams are boring and the children would have definitely skipped school."

"I think that the school had the right idea to postpone the exams because most pupils would have ditched school anyway and missed out on vital exams which they might not have had the chance to do again."

"I think the pupils in Norway should concentrate more on their education and less on famous people... because exams are your future!"

"I think that they should have made the concert for the students at the weekend because then they would not have had to change the days when the exams were going to take place."

"I think it's a good idea as the children won't have to miss out. Although school work is very important you need a break from it sometimes."

"I think that the Government in Norway should have postponed the Justin Bieber concert instead of the exam because students need to focus on their education. Exams help you get jobs in the future and it's not the end of the world if they miss the concert."

"I don't think that's right because it isn't fair on other schools who, instead of going to concerts, have to study for their exams while other schools get to go to concerts and still have time! The best thing my teacher has done for us is give us an extra P.E lesson (though we had to do a test instead :( )"

"I think that the teachers should have postponed the exams because I would want my teachers to do it as well but my teachers would never have let us do it."

I don't think it's right that school changes exams for a Justin Bieber concert, the pupils should know what is more important and if they skip their exams then it is their choice which won't benefit them. However if the teachers think this is right they can do as they please. The nicest thing a teacher has done for me is listen to what we want to do and have to say."

"I think this is stupid. Exams have been and always will be more important that concerts. That time could be used for revision and may alter the levels the pupils get."

"My school would never do anything like that! I think it's a really weird reason to move exams but if it helps them concentrate then what's the problem?"

"I think it is alright as long as they still do the exam. I would be so happy if I could go again and see him and not having to worry about missing my exams. Come on how often do you get to go to a Justin Bieber concert? Not often."

I think the school's decision is understandable because this way kids don't get distracted over the concert but then while the exam is going on they might be distracted by wanting to talk to their friends about it and being over-excited. My school would never do that because most of the pupils are quite distracted by these kind of things already.

"I think the teachers did the right thing postponing the exams because most pupils like Justin Bieber and most of them would skip the exams."

"Well I think it is awful. I love Justin Bieber with all my heart and I would do anything for him but exams come first you want to get a good grade I think they should do exams first."

"Wow, this is getting seriously stupid. I mean honestly! School and exams will get you good grades, to get to a good uni to get more good grades, to get a good job, to earn money to provide for you (and your family). Going to Bieber concerts won't get you through life, school or anything! All they do is give you ear damage if, as it probably will be, the speakers are too loud. This is completely crazy and someone like the education minister of Norway must interfere quickly! Crazy."

"I think this shouldn't be allowed because it would affect the children's results in the exam. The dates shouldn't be changed for any reason!!"

"I think the children in Norway should focus more on their education and less on pop stars."