Airline charge passengers by their weight 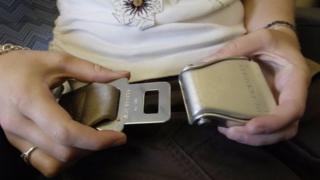 An airline is charging its passengers in a new way - not per seat, but according to their individual weight...

The airline from Samoa - a small country in the Pacific Ocean - says paying in this way is the 'fairest' way to fly.

It claims to be the world's first airline to charge according to the passenger's weight combined to that of their luggage.

The airline's boss said: "Planes are run by weight and not by seat and travellers should be educated on this important issue. The plane can only carry a certain amount of weight and that weight needs to be paid.''

The airline asks passengers to declare their personal weight during booking, which is then charged per kilogram at a rate dependent on the flight length.