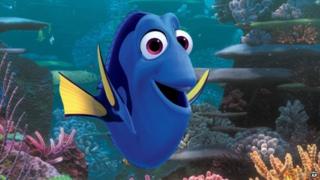 Disney-Pixar are making a sequel to hit animation Finding Nemo, set to splash onto the big screen in 2015.

It will see the blue tang fish on her own adventure to reunite with loved ones.

According to Disney, the film will feature new characters along with familiar ones like Nemo and his dad, Marlin.

Finding Nemo won an Oscar for best animated feature in 2004 and is one of the most successful Pixar films of all time.