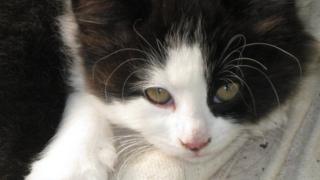 Purrrrfecting the art of viral videos - cats have become an internet sensation with millions of YouTube hits.

A second festival dedicated to celebrating internet videos of cats is due to take place in America in August.

Last year the festival was the first of its kind and was a huge success attracting over 10,000 visitors.

People who go are invited to vote for their favourite feline based videos with the most popular played out on a big screen during the event.

The festival will start off in Minnesota and also travel to New York later in the year.