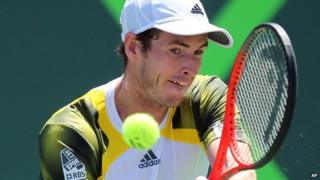 He was ranked number three in the world, but this win has pushed him up past Wimbledon champ Roger Federer into second place.

But it was far from easy. "It was such a tough match...it could have gone either way, both of us were struggling physically at the end," said Murray.

Murray first achieved world number two, his highest world ranking, in 2009 but he only stayed in that position a few weeks.