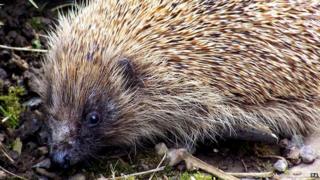 The UK's freezing weather is threatening hedgehogs, according to animal experts.

Fay Vass, head of the Hedgehog Preservation Society, said; "Many animals that went into hibernation in November or December last year are still sleeping,

"The weather is not yet warm enough to wake them. Usually they would be up and about by now.

"In general, the longer the cold weather lasts, the greater the number of animals that will not wake up at all."

The longer a hedgehog is asleep the weaker it becomes.

Experts are worried because hedgehog numbers are already falling quickly.

In the 1980's there were around 30 million of the creatures in the country, now there are thought to be around 1 million.